Getting Your Fuel Filter Replaced

In Phoenix, AZ, prices of gasoline are somewhat lower than the national average, making it possible for more people to get higher grade fuels. However, for many people these fuels are still far too expensive to afford with any sort of ease. It is for this reason that it becomes quite essential to replace a car's fuel filter with some regularity. Because the fuel filter keeps the engine from being damaged by dirty fuels and by products that eventually wreck havoc on the moving parts of the car, whether the owner uses high grade fuels or not. Further, if a fuel filter stays on a car too long, the engine starts to simply accept dirty fuel, which can lead to long term damage to the engine very quickly, often requiring very expensive repairs in short order.

Signs of an Over Used Fuel Filter 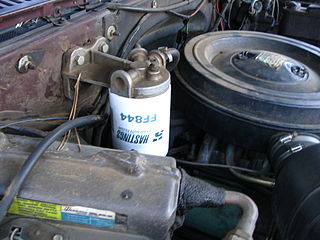 In the Phoenix, Arizona area, Mike's Tech Transmission is among the best places to get a fuel filter changed with minimal stress and a competitive cost. Our team of expert mechanics can handle a wide range of mechanical issues in any automobile. Replacing the fuel filter is a fairly easy task four skill technicians and we take pride in our work. Our rates are solid (and new customers get a discount on labor) and compared to the damage that an overused fuel filter can cause to an engine, it is always a good idea to get these filters changed at a reasonable time.

If you need your fuel filter changed in the Phoenix area, come to Mike's Tech Transmission. Our team of mechanics specializes in bringing cars back to factory specifications, including improving fuel economy.